These Chewy and Fudgy Toffee Brownies are so far from dry with their chewy fudgy texture.  And the toffee bits give a hint of butterscotch flavor…  Everything I have been craving since I came up with this recipe. 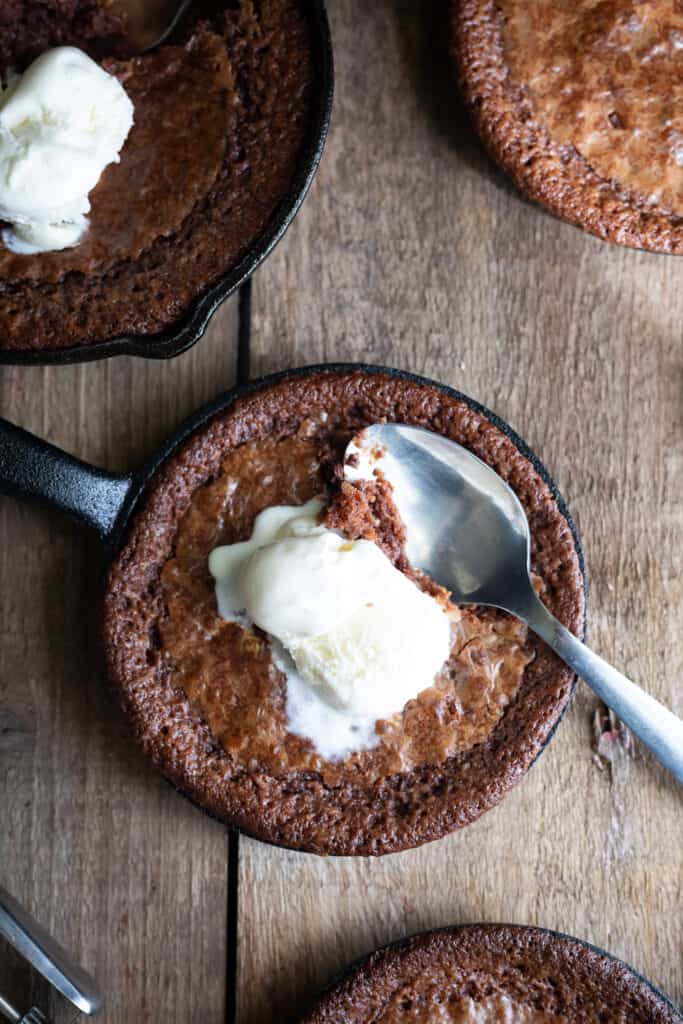 I swear to you I have been craving Health Toffee for the last two months or so.  I was literally eating them as a sweet snack right out of the bag (don’t judge).  Since this craving, I have been trying to find a way to add extra calories to my toffee addiction.  So I have been trying different recipes.  I have tried toffee cookies, sundaes, and even cheesecakes.  But the most favorite one of them all is Chewy and Fudgy Toffee Brownies. 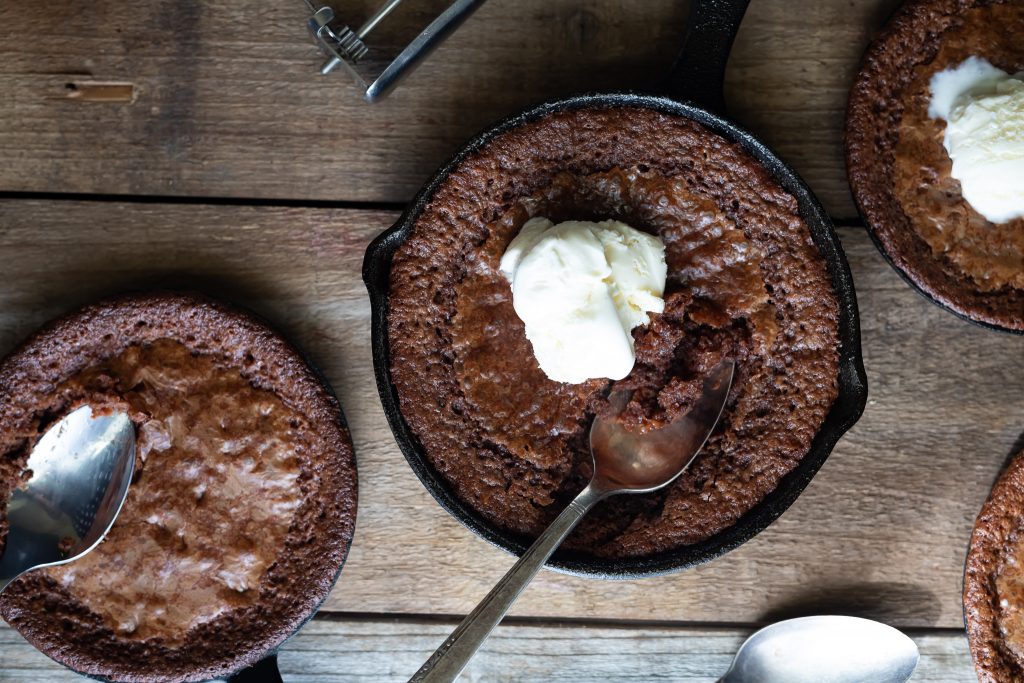 I went through several recipes with one finally being the pick of the litter.  The first few were dry as you know what.  I think my mix was more geared to a cake texture with the first batch.  I wanted fudgy texture but not too fudgy, because at a certain point, you might as well be eating fudge….  And I don’t care too much for fudge.  With that being said, I still added a cup of flour but I upped oils and butter in the recipe.  End result – the best homemade brownie I have ever made. 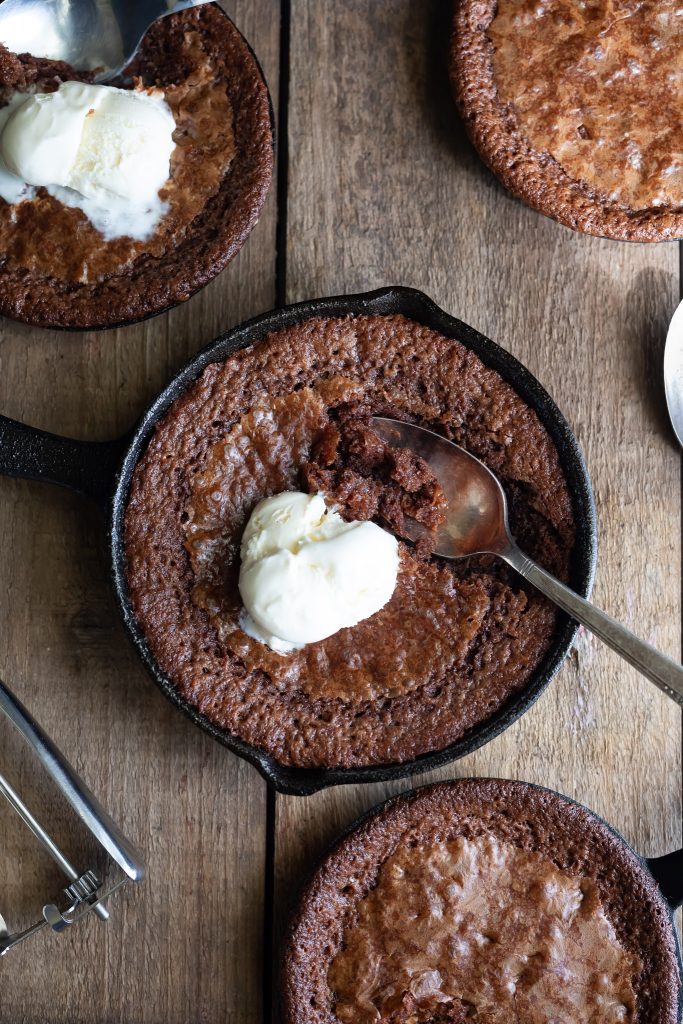 Plus making homemade brownies (depending on which recipe you choose), is not too hard.  If you can afford to spare a few extra minutes to measure out ingredients and whisk the eggs and sugar, you can definitely make homemade brownies instead of the box stuff.  Don’t get me wrong, I love the box stuff, but I think I am hooked on the homemade thing after coming up with this recipe…. 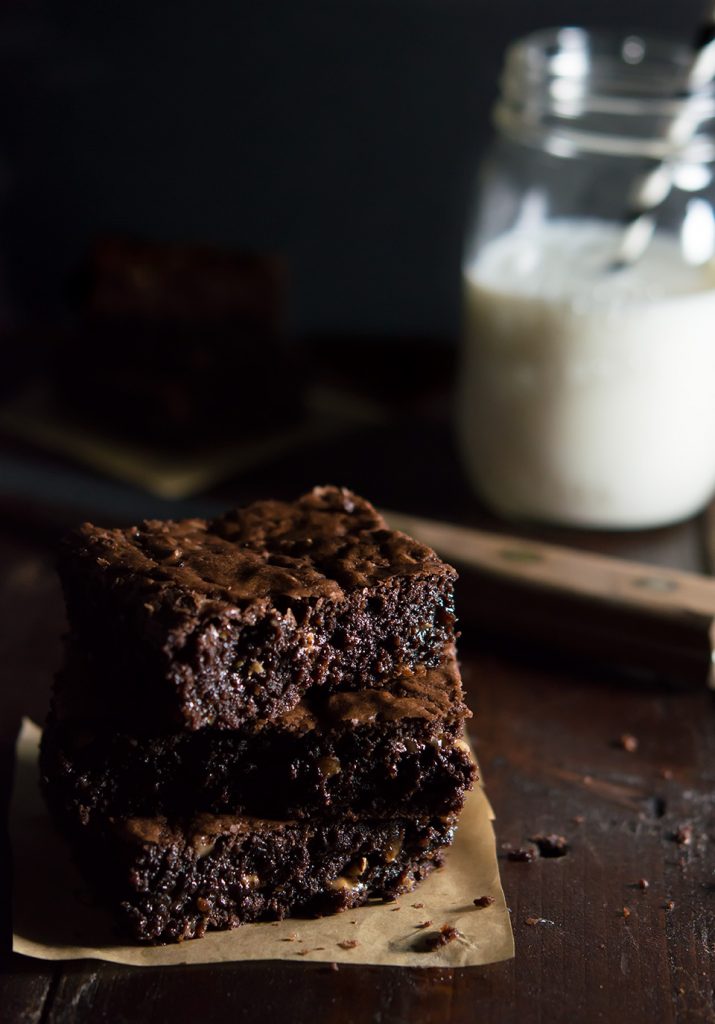 The reason I named these brownies Chewy and Fudgy Toffee Brownies – Because to me these brownies are between chewy and fudgy…  And the toffee bits add a nice slight crunch …  Some of the toffee bits melt into the brownie, and give the brownie a slight butterscotch taste.  I want to say they are heavenly, but my granny would slap the taste out of my mouth with her church fan for comparing anything to heaven…. 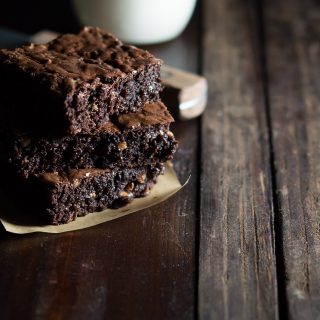 ~To get a more fudgy brownie cook the brownies for 25 minutes.
~Make sure to whip the eggs, butter, and sugar as advised to create a nice thick brownie that doesn't shrink after cooking. It also allows for a crackle like top to the brownies. (I use my cheap handheld mixer to whip the eggs, butter, and sugar to ensure that I have whipped the mixture correctly.)
~Do not over mix the batter when you add in the flour and cocoa. If you do, this makes the brownies tough.
~I like to use an extra bowl to mix the flour and cocoa together before adding to the egg mixture. This prevents me from over mixing of the batter.

Sign up to receive our hand-picked recipes straight into your email box!

Thanks for stopping by! Welcome to the Savory Spicerack! The place where I share recipes that fulfill my never ending cravings, and inspirations. If you want to get into more of the details of how this all started and who I am, just click the link for all the gossip! Read More…